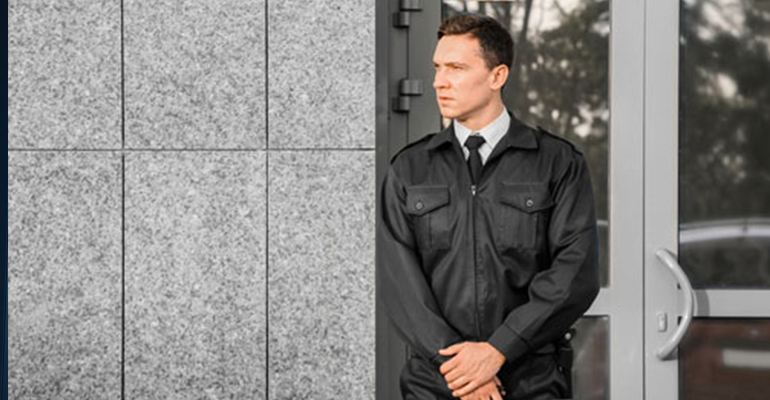 Communication is Key With A Security Guard Company

If you’re going to be working for a security guard company In Orange County there’s going to be a couple of key skills that you need to master in order to excel. These might not be what you’re thinking of right now. There’s the very obvious stuff. You need to be observant, if you’re not then you’re gonna have a bad time. That’s a big part of that job but that’s not quite what we’re here to talk about. Another obvious thing that you might think we’re talking about but we’re not is preparedness. You absolutely must be prepared for what’s coming to you because when the emergency strikes you’re not going to have a chance to prepare. You had better be ready by the time it gets there. When the water starts rising is the wrong time to be putting down sandbags.

The need for written communication skills may seem to someone just starting out as a waste of effort to cultivate. That is the attitude of someone who has never once worked security for a larger security company or anywhere that requires you to have a guard card. The part of the job that nobody talks about because it’s not flashy or exciting is the paperwork. Reports are just part of your life while you’re in this line of work. This isn’t just true for security guards but is also true for law enforcement and just about any career where security is on the line and safety matters. There is no way around this and you best get used to writing reports. This is just one of the reasons why you need to be an effective nonverbal communicator. We’ll get into the other reason later.

If you’re going to write a report it needs to be useful. That may seem like a point that isn’t worth making but some of the stuff I’ve read, despite it having a standard font and the professional language they were completely illegible. I could understand each of the words on their own but when you put them all together in that order it became something that was unreadable. This isn’t as uncommon as you might think. It’s just not anything that gets the focus from new people that it needs. If nobody can make sense of your report then it was a complete waste of time.

Beyond reports, there might be some work emails that have to get sent/written. If you can’t write them effectively then you’re actively hurting everyone that you’re sending it to. You shouldn’t send an email that everyone has to read 3 times to understand.

How do you go about fixing any of this if you believe that you need to improve? That’s the million-dollar question, isn’t it? If we had a silver bullet answer then someone would be making a ton of money selling that information to anyone they can convince. I don’t have the silver bullet of an answer but there are a few things that can be done if you’re unsure where to go in regards to improvement.

You’ve already done the first step which is to realize and admit that you have a problem and actively seek improvement. That’s always going to be the first step and depending on the person that might be the hardest one. Now that it’s out of the way and you’re actively seeking improvement the next step is self-reflection. You need to be able to recognize where you struggle as a writer so that you have a chance at being able to fix it. You can do this by looking over your own writing critically or seek out the opinion of others. People will usually help someone that’s seeking self-improvement and there’s plenty of places online where you can seek the help of others.

Composition and style are a couple of the most varied elements of writing and each person has something that’s unique to them. Ever see a text from a friend and you know who it’s from without having to look at the name just because of the way it’s written? Same goes for a work email? Well, that’s an example of recognizing a cadence and a style in writing. You probably have your own and it will develop further as you work towards improvement. If you’re struggling through a focus on outlining your thoughts before you write and simplify your language. Using big words doesn’t make you sound smarter than someone using smaller words. Use the words that fit best. It can also help to use shorter sentences. I’m someone that often goes for really long sentences so it’s something that I have to work on.

Next is to work on your grammar. I’m not saying that you need perfection while you’re working because even novels don’t have perfection and some English teachers will find a problem somewhere. You do need to learn the basics though, like the difference between its and it’s or there, they’re, and there. the distinction between those is important and getting it wrong is confusing. Just make sure that what you’re writing is clean and accurate to what you’re trying to say. If you do struggle with this there are free tools online that can help catch these mistakes.

Just doing these simple things can seriously improve your written communication and place you head and shoulders above the competition at your workplace. This could be while you’re working for a security guard company Orange County, or it could be while you’re working for a high profile law firm. It doesn’t matter the job, effective communication is going to be the key to many doors opening for you.

« Security Is About Prevention Benefits of Armed Security Guards »